What Garbage Service - Save Calgary 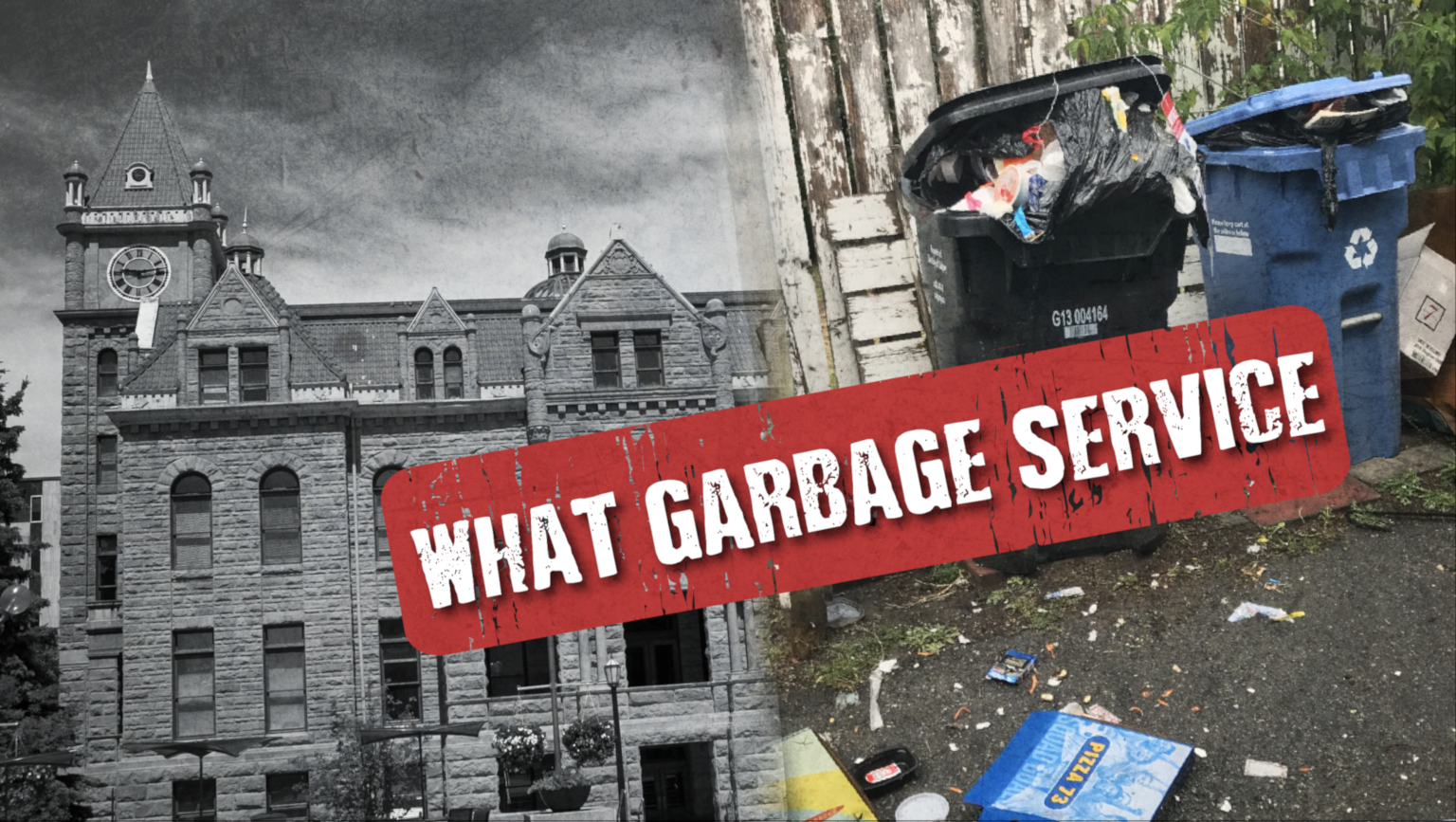 Since Save Calgary was formed in Spring 2017, our goal has been to clean up City Hall - to take out the trash of bad policies and bad politicians who aren't standing up for hard-working everyday Calgarians.
Now we're asking ourselves, isn't it time for City Hall to do a better job taking out the trash? And we literally mean trash.
When it comes to trash collection in Calgary, the City is doing a truly garbage job.

Last year, homeowners were put on the hook for a new compost bin with a monthly extra cost for its collection.
This new green bin joins the blue bins and the black bins that Calgarians were already required to use - and pay for - for their garbage collection.
The typical household is paying $4.90 per month for their black bin pick-ups and $8.50 month for blue and green bin pick-ups. This means the typical household is paying more than $160 per year just in garbage collection fees.
And by "pick-up" the City means they'll come to your house, look at your garbage, and refused to collect it if you haven't met one of the many, many rules they've created for the municipal waste collection.
Forget to sort your recycling properly? They won't collect it.
Put something compostable in your black garbage bin? They won't collect it.
Accidentally throw a piece of plastic into your green compost bin? They won't collect it.
If you make a mistake with your black bin, that could mean your garbage isn't collected for an entire month by the City - and yet you still get charged for them not hauling away your trash.
In the meantime, bins overflow or attract animals that spread garbage across your lawns and driveways.
Now, the City is looking at hiking up your garbage collection rates even further because too many Calgarians aren't "complying" fully enough with the garbage red tape imposed by City Hall.
Why does everything the City touch have to become more complicated, more expensive, and more of a nuisance for everyday Calgarians?
Isn't it time that the City focussed a little less attention on grandiose projects like hosting the Winter Olympics or awful public art like the Beaufort Towers, and more focus on improving core services like trash collection?
In the next election, maybe it's time we all stopped recycling the same out-of-touch Councillors who only know how to raise taxes and deliver mediocre services, and instead just throw them out.
Sincerely,