VOTE FOR THEM IN Best of Calgary - Save Calgary 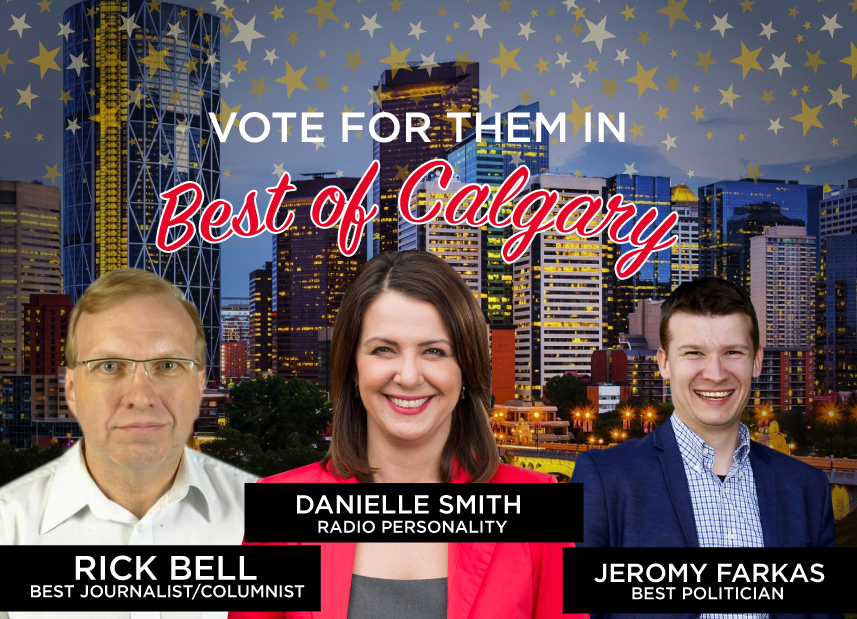 Earlier this week, City Council was scheduled to hold a meeting called "Working Together."
The goal of the meeting was for Councillors to learn how to better work together as a group and improve their working relationships.
There was just one problem with the meeting - it was canceled due to a lack of interest.
That's right, it turns out that City Council has no interest in "Working Together."
Which comes as no surprise to anyone who has followed City Council over the past few months.
This is not a group of people with a great track record of working together.
Mostly, they meet in secret and punish Councillors who dare to oppose the big-spending consensus and choose to stand-up for everyday Calgarians.
They belittle and demean Councillors who try to fight for their constituents.
It's a pretty dismal record.
Although perhaps we're being unfair. After all, this Council has worked together to achieve some things.
They worked together to raise our taxes year after year after year.
They worked together to keep Calgarians in the dark when important decisions are being made.
They worked together to waste money bidding on an Olympics that Calgarians didn't want.
And they worked together to hike city employee salaries, benefits, perks, and pensions.
If this is what City Council achieves while working together, then perhaps it's just as well that they skipped the "Working Together" meeting.

Outside of the City Council bubble, a group called Best of Calgary launched its annual "Best of Calgary Awards."
This awards those people who are voted the best of Calgary in different categories.
Save Calgary would like to encourage its readers to vote for three people who we believe have done a great job making our city a better place.
1. Best Journalist/Columnist in Calgary - Rick Bell.

No other journalist has shed as much light on the shenanigans at City Hall as Calgary Sun columnist Rick Bell. He has helped uncover scandals, broken news stories, and provided insight into how decisions are made at the City of Calgary. He has been a champion for accountability and taxpayers in the city and been a voice for those who frequently have had no voice. All Calgarians owe him a debt of gratitude for his service to our city. We encourage our supporters to vote for Rick Bell as Best Journalist/Columnist in Calgary.
2. Best Radio Personality in Calgary - Danielle Smith.

Despite her personal pro-Olympics position, Danielle was one of the few journalists who have the No Olympics side a fair and complete hearing throughout the debate. We appreciated being invited onto her program regularly to share our concerns about the Olympics, and for the debates, she hosted with the Yes Olympics campaign to help Calgarians understand the choice we were facing. She's also raised awareness on other important issues happening at City Hall, including on some of the backroom wheelings and dealings between the special interests and our elected officials. We encourage our supporters to vote for Danielle Smith as Best Radio Personality in Calgary.
3. Best Politician in Calgary - Jeromy Farkas.

Despite being the near-constant target of those Councillors who favour higher taxes, bigger spending, and less accountability, Ward 11 Councillor Jeromy Farkas has stood his ground and been a principled voice for fiscal responsibility and real accountability at City Hall. Sometimes he finds himself as the lone voice of reason and common sense, although we also appreciate Councillors like Sean Chu (Ward 4) and Joe Magliocca (Ward 2) who are also frequent champions of taxpayers. We encourage our supporters to vote for Jeromy Farkas as Best Politician in Calgary.
You don't need for a vote for someone in every category - only vote for those you feel are worthy of your support. You can vote for the Best of Calgary on their website at www.BestofCalgary.com.
Sincerely,