The 2017 Calgary municipal election was not run properly. Ballot shortages, list inaccuracies, and a lack of proper controls made it the most chaotic and unreliable election in the history of our city. Now, the City is repeating some of these same mistakes by not ensuring that eligible voters can only vote ONCE in the vote on whether or not Calgary should host the 2026 Olympics.

Voters who contacted Calgary's 311 service and asked about receiving ballots by mail were told something shocking: a voter who requests a ballot by mail will NOT have their name crossed off the voters' list.

This means that same voter could also vote on Election Day (November 13th) and there would be no way of knowing they had already voted. 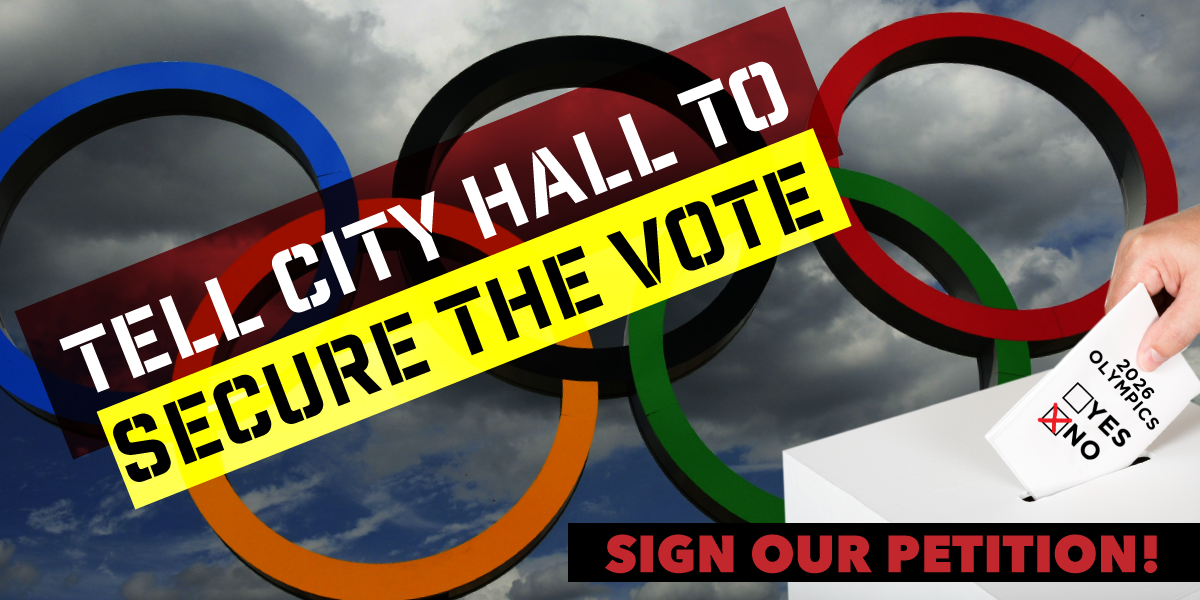 How can the City expect us to have any confidence in the outcome of this plebiscite if they can't even run a proper election?

First they use taxpayer dollars through the Calgary 2026 bid corporation to campaign for the YES side in the Olympics, and now they're not ensuring that the vote is conducted with proper procedures and controls.

The City of Calgary needs to fix this problem and Secure the Vote.