release the numbers - Save Calgary 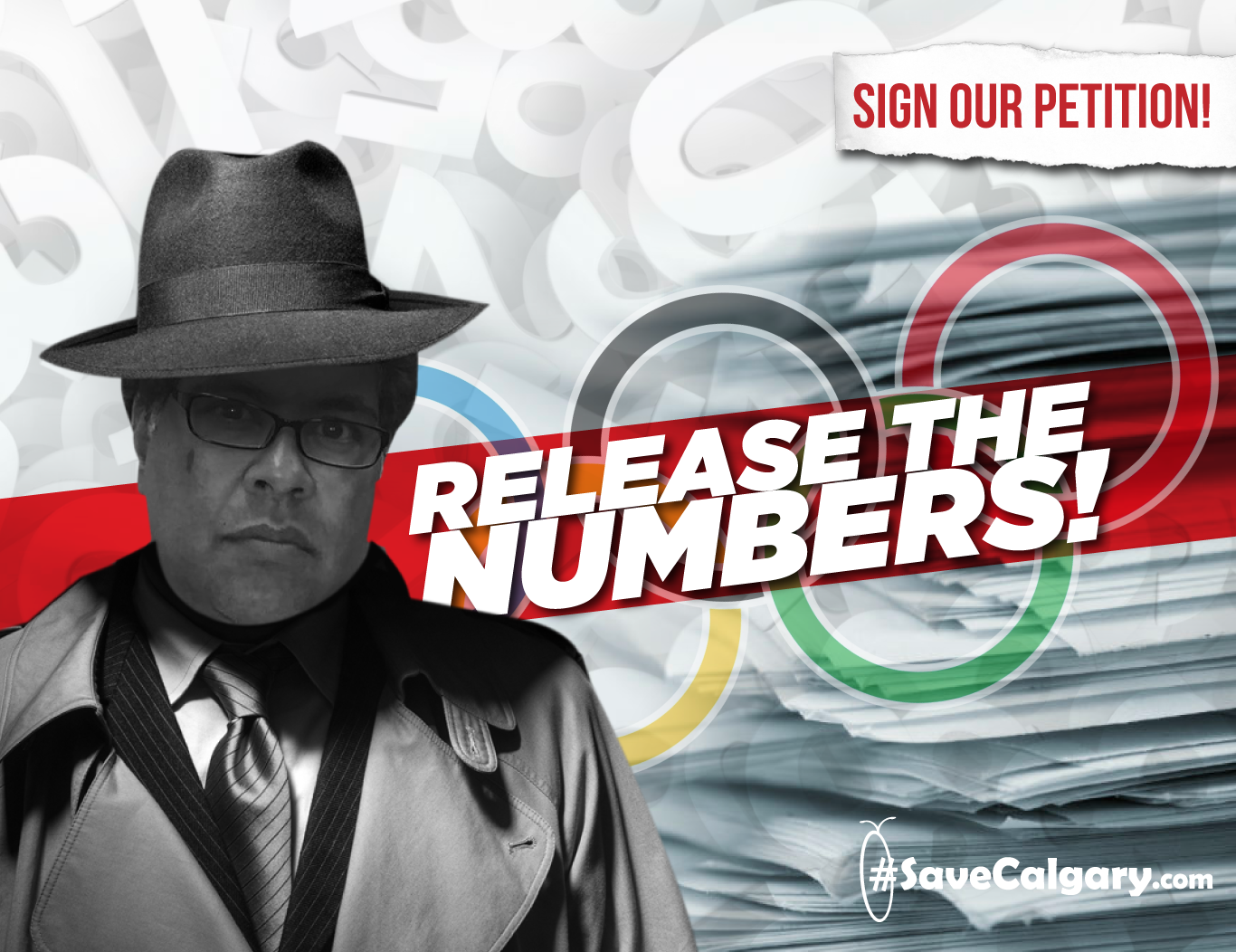 Calgary's City Council is at it again.

A few weeks ago, Calgary 2026 - the City appointed group pursuing an Olympics bid using our tax dollars - presented its "hosting" plan for Calgary's bid for the 2026 Winter Olympics.

For those of you who didn't read the document, the bid proposes to spend $5.2 billion on a winter Olympics with $3 billion coming from taxpayers.

Economists panned the plan for both badly underestimating the real costs AND vastly overstating the economic benefits to Calgary.

Journalist Jen Gerson also pointed out how much of a folly these Olympics could be in a lengthy column posted Tuesday - she notes how despite all of the sunny promises being made, the reality is that "the Olympics have become the plaything of an elite and despotic global class."

Meanwhile, after City Council promised not to provide taxpayer funding to the "Yes Committee", Calgary 2026 CEO Mary Moran has begun a taxpayer-funded publicity tour promoting the Olympics as the answer to all of Calgary's problems and being absolutely vital to the well-being of our children and grandchildren.

Following Calgary 2026's formal presentation to City Council, our City Councillors then went behind closed doors - again - to get a "fiscal due diligence" report from City bureaucrats on the bid.

A tiny portion of that behind closed door meeting was leaked to the media, prompting Mayor Nenshi to launch a witch hunt to find whoever dared tell the people of Calgary a small part of the truth.

This week, City Hall decided to release a summary of the due diligence report provided in secret to City Councillors.

There's just one problem with it - as Rick Bell points out in his column, the summary doesn't actually contain new numbers.

Only Calgary City Hall could provide a financial due diligence report that contains no new financial information.

We still don't know the real costs of these Olympics. We don't know what tax dollars the provincial and federal governments will be putting in. We don't have any independent economic analysis of the work being done by Calgary 2026 - who believe they've provided enough information to Calgarians in advance of the vote.

In short, voters don't have any of the information they need to make an informed decision in this plebiscite.

Save Calgary believes this isn't right, and that Calgarians should have full and complete economic information BEFORE we vote on whether or not to host the 2026 Winter Olympics.

So today we are launching a petition demanding that City Hall provide full and complete financial information before the Olympics plebiscite on November 13th.

We are literally talking about a project that will put Calgary and Calgarians on the hook for billions of dollars - how does City Council expect us to make this decision with only the thinnest scraps of financial information.

If you agree, then please sign our petition here, and forward this e-mail to your family and friends so they can add their voices to our call for more information.

Our last petition received thousands of signatures and resulted in the provincial government forcing the City to hold a plebiscite.

Now, we have the chance to make sure that voters will have detailed financial information about the huge taxpayer costs involved in hosting the 2026 Winter Olympics.