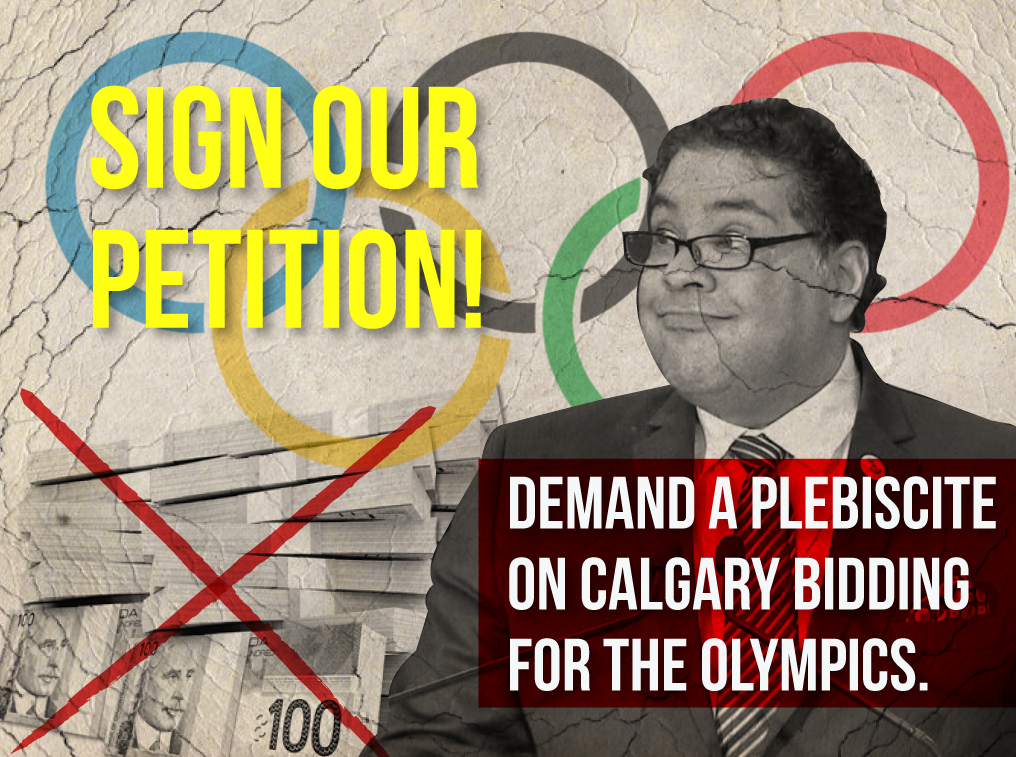 Mayor Nenshi and his supporters on City Council seem determined to create a legacy for the Mayor - even if it means plunging Calgary into the red and misleading folks through an "accidentally posted" report.

Late last week, the City of Calgary posted a report saying that Calgary should move ahead with its Olympic bid - creating a company called "Bidco" - because other levels of government had committed funds to the bid process.

There's just one problem - the report was totally wrong. No funding has been committed by other levels of government, despite the Mayor and his supporters saying the province and Ottawa were both "very supportive" of the bid.

Alberta is facing a record debt - by the time the next election rolls around, that debt will be closing in on $100 billion.

Meanwhile, the federal government's spending addiction continues unabated, with a deficit this year of more than $18 billion, and a total national debt hovering at around the $650 billion mark.

It's clear that neither the provincial or federal government can afford the billions it would take for Calgary to host the Olympics in 2026.

Worse, Councillor Druh Farrell - the Mayor's biggest-spending supporter on Council - doesn't want the public to have any say on this critical issue.

She's stated that there's no time to hold a plebiscite on Calgary pursuing an Olympic bid - a contention that Councillor Jeromy Farkas hotly disputes, and that the Mayor eventually admitted wasn't true either.

We need to send Council a message that during these tough economic times - with tens of thousands of Calgarian without jobs, a sluggish economy, and high office vacancy rates - this is completely the wrong time for Calgary to spend millions and millions on an Olympics that, if awarded to Calgary, would cost us billions and billions.

I, the undersigned, believe that City Council needs to restore fiscal responsibility to Calgary. We need to stop spending money we don't have, and stop the tax-wasting Olympic bid.

Before any bid to host the Olympics goes forward, the City of Calgary needs to hold a plebiscite and give Calgarians the opportunity to directly decide whether or not pursuing such a bid is the right choice for Calgary.