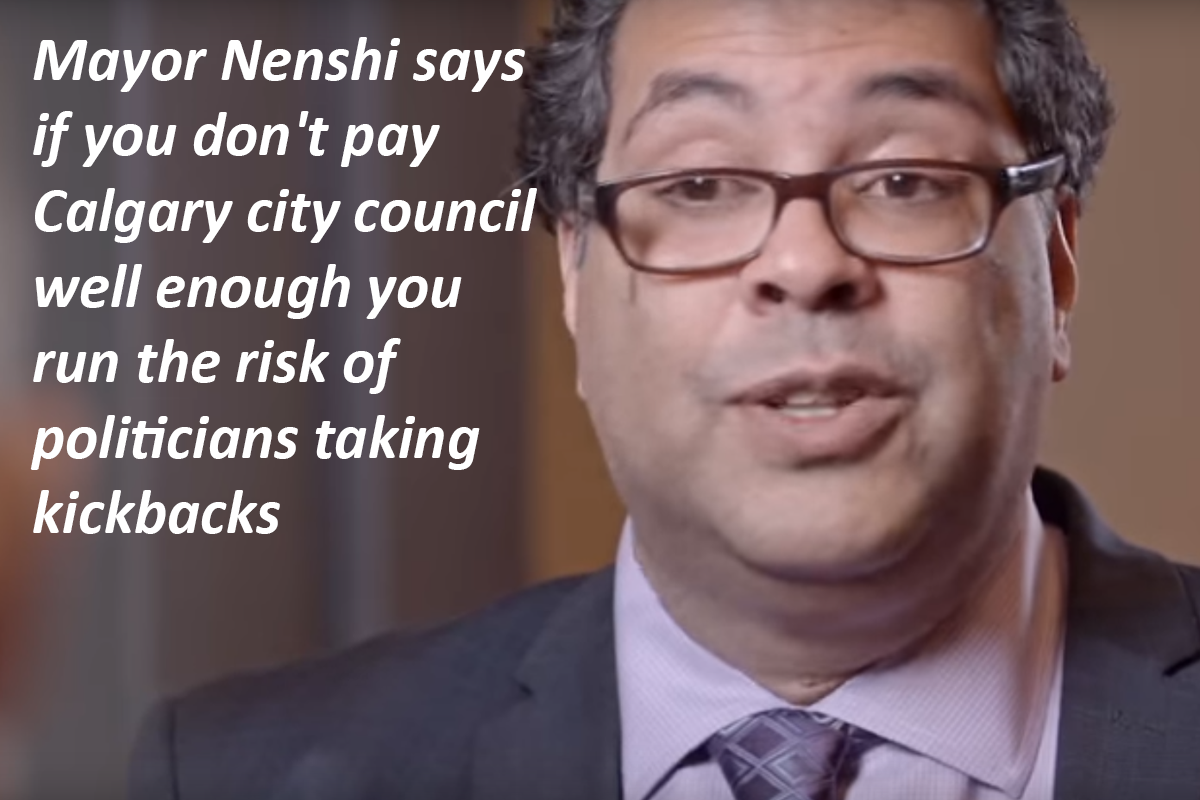 Mayor Nenshi says in regards to his salary and councils "You also have to make sure you're paying people fairly enough because if you don't pay them well and you're surrounded by people who are making investments in millions and millions of dollars, let's just be blunt. The temptation can be too much."

Councillors are paid $113,416 a year. That's more than city politicians in Toronto, Vancouver, Ottawa and Winnipeg.
Mayor Nenshi is currently the second highest paid Mayor in Canada at $200,747 a year.