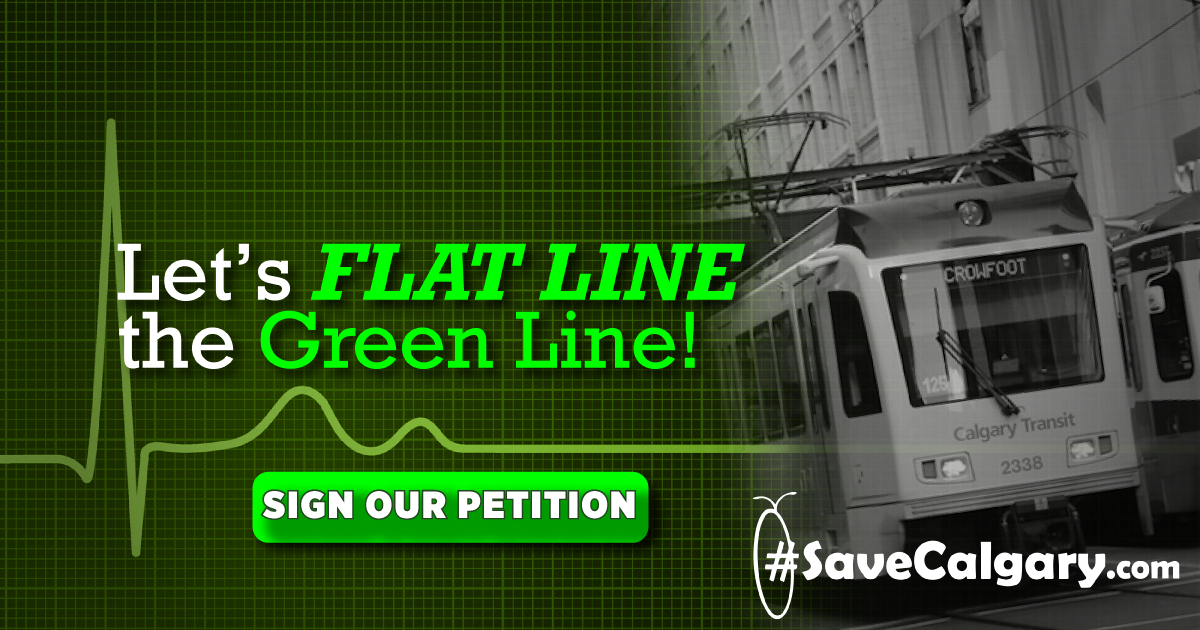 The line will cost $5 billion for Phase 1 alone, and there's no clear plan for how the line will be built given the complex requirements of running it through the downtown core and the over the Bow River.

After more than ten years of planning, re-planning, re-designing, and re-inventing, not a single piece of track has been laid, and then project remains still on the drawing board.

It's time to pursue new transit options that won't bankrupt our city.

It's time to flatline the Green Line.

I, the undersigned, do not support the risky Green Line LRT project. I demand that City Council flatline the Green Line.