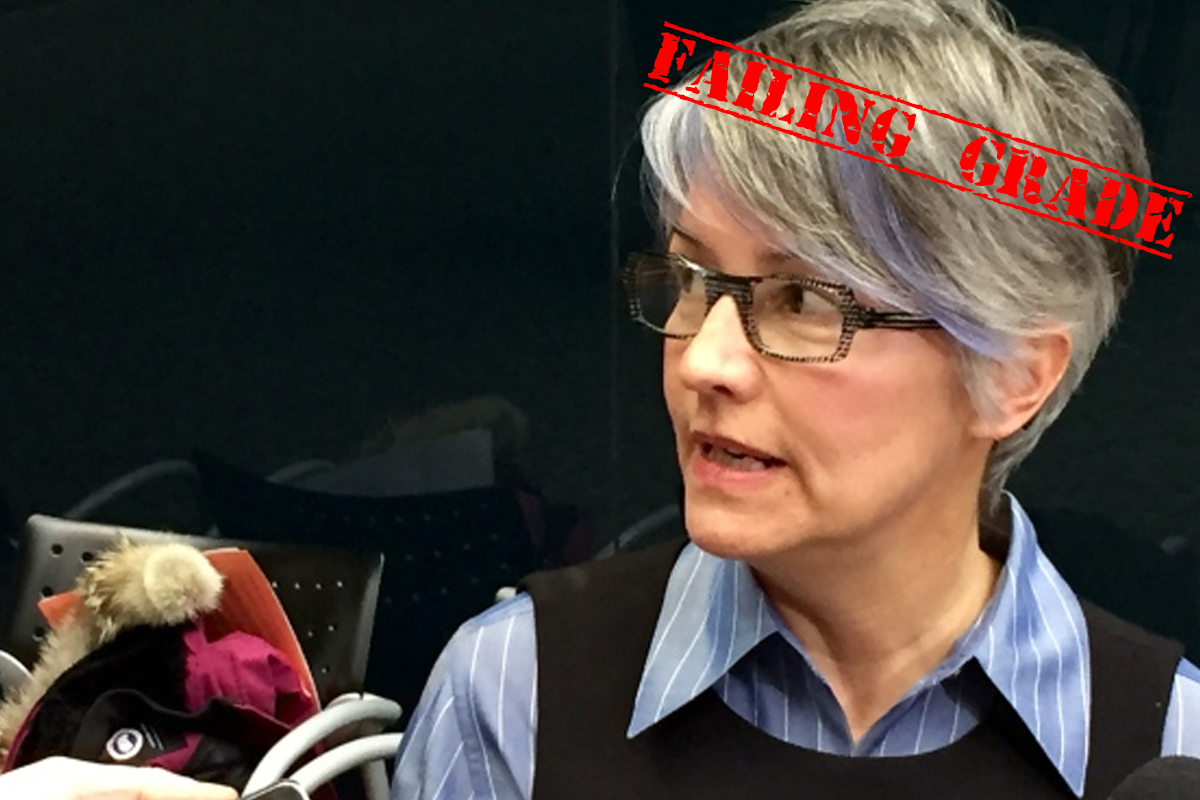 Druh Farrell was elected in Ward 7 in 2001, and has taken a hard line against taxpayers ever since. Between 2010 and 2013, she voted to raise taxes almost 84% of the time, and 72% of the time between 2013 and 2014.
In her years on council, she has made it a priority to protect Calgarians from innovation and entrepreneurship, advocating to increase regulations on bars and taking a hard line on ride-sharing services like Uber.
On that file and others, she has been a stalwart ally of Naheed Nenshi.
After Nenshi claimed to have hired sex offenders to sign up as Uber drivers, she voted against having the integrity commissioner investigate his comments. She also voted with Nenshi to oppose the expansion of the city’s taxi fleet. They say there’s no such thing as a free ride – well, in Farrell’s ideal Calgary, there may be no rides at all.
Farrell has never been known as an ally of drivers. A highlight of her career was organizing the first “Bow River Flow” festival in 2009, in which two lanes of Memorial Drive were closed unnecessarily. During a council debate on the event, she denounced her colleagues’ concerns about traffic congestion as “trivial,” “petty,” and “insulting to Calgarians."
She also insists that the 24.495 million dollar Peace Bridge, which was delayed by a year due to improper construction, came in “under budget.”
More recently, she made national news after being served with a $200,000 lawsuit accusing her of abuse of power and “targeted malice” towards a family of restaurant owners.
She’s also active on social media, where she can be found tweeting about cat cafes, how Calgarians are too hateful, “The Universal Phenomenon of Men Interrupting Women” and how “Right Wing Extremists are a Bigger Threat to America than ISIS.”

Right-Wing Extremists Are a Bigger Threat to America Than ISIS https://t.co/795jlKnbsQ