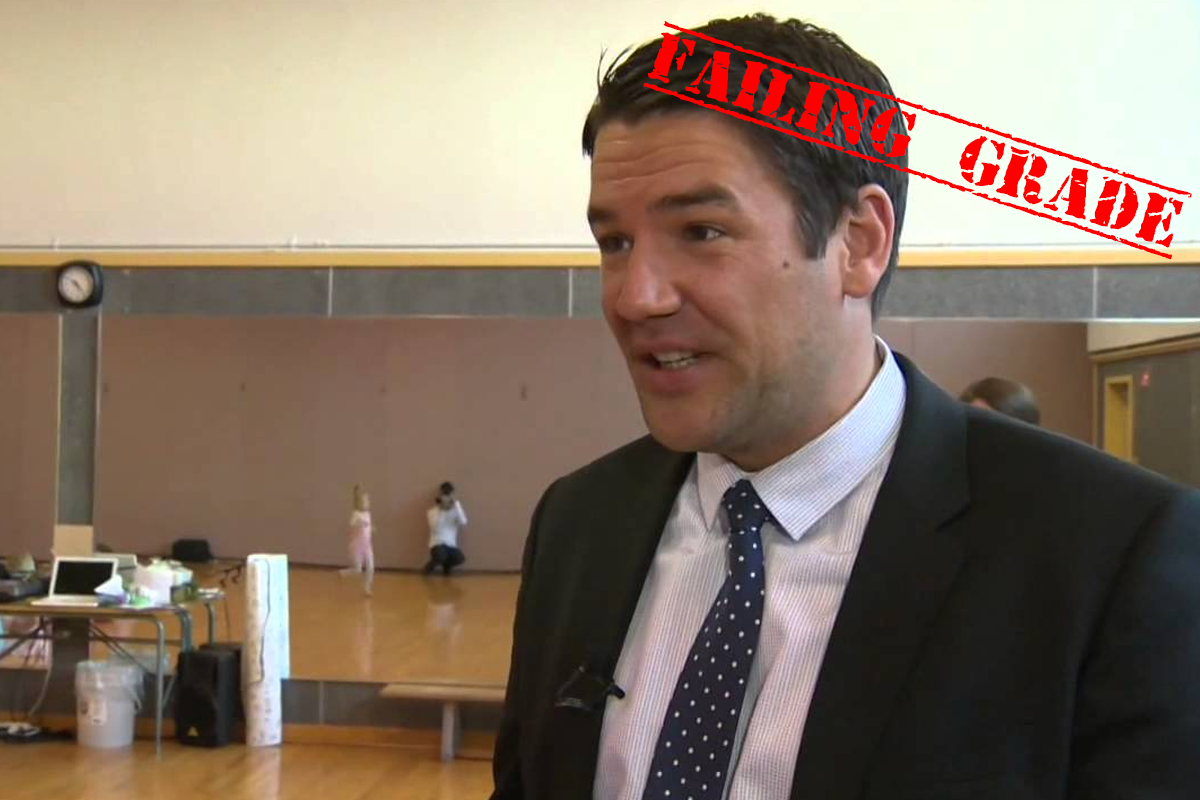 Evan Woolley’s first term on City Council has been characterized by tax hikes, bike lanes, and the blissful enthusiasm of an all-things-to-everyone politician.
After working for the City for several years, Woolley decided to run for Council because, “I wanted to get paid to do what I loved.”
His first campaign was marred by a vandalism scandal which put his team on the hook for a $5000 clean-up bill to scrub chalked scrawls of “Vote Evan Woolley” off public surfaces around the city – but Woolley isn’t one to let the haters get him down.
"On election day, everyone was talking about these 'assholes' from the campaign, and all it did was get the chalk out there more,” he said. “I think we actually got votes from it."
Woolley’s career politician-style shrewdness has been of much use in his council tenure, as he strategically picks and chooses which citizens are deserving of help.
Last year, his response to tough economic times was a failed pitch to siphon $60 million from Calgary’s fiscal stability reserve and use it to give a tax break to certain businesses – a plan described by one of his colleagues as “like throwing snowballs at a freight train[1].”
(His enthusiastic pitch was rejected, and now some Ward 8 business owners are facing tax hikes of up to 90%).
Less deserving of assistance were homeowners facing massive property tax hikes. As Calgarians saw their taxes spike by over 30% in 2016, Woolley defended the increases[2] and said that homeowners need to “step up[3].”
Fittingly, he’s voted to increase taxes 75.9% of the time.
Don’t go thinking Woolley’s a pragmatist, though – he’ll go out of his way to shill for his pet causes.
An avid bicycler, he’s more concerned with downtown cyclists than the many workers who commute downtown from the suburbs every day. He lobbied strenuously for downtown bike lanes, which have underperformed and resulted in increased congestion for commuters.
A former Public Art Coordinator, Woolley also advocated that -- instead of a rebate for taxpayers -- part of 2016’s $86 million budget surplus be put into “a resiliency fund for arts and culture[4].”
Woolley isn't just using these hip positions to pander to millennials - after all, he has no need to. Woolley believes that his age all-but guarantees him the youth vote: "Honestly, if you're a youth voter and you're engaged, you're going to take one look at me and you're voting for me anyway."