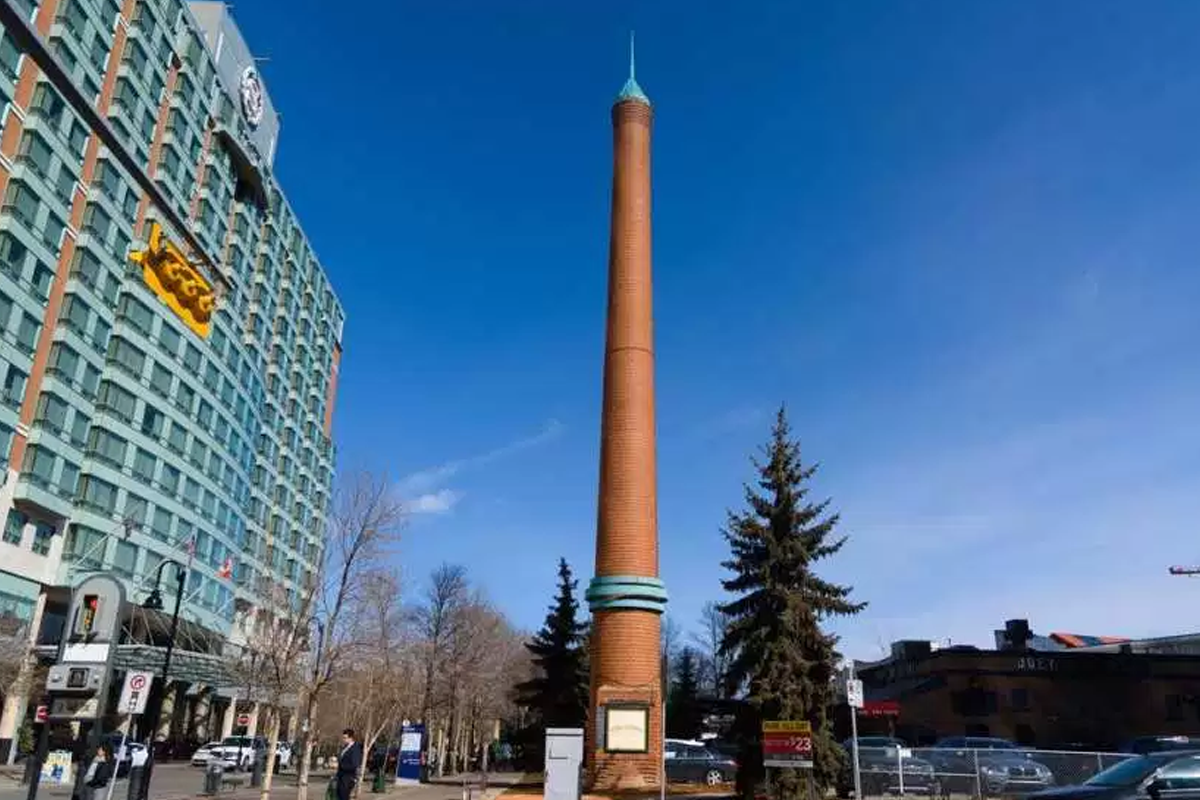 Calgary’s elected officials voted 13-2 in favour of repealing Bylaw 37M2008, which legally designated the Eau Claire smokestack as a municipal historic resource when the bylaw was signed in 2008.

Heritage advocates in a city with a reputation for failing to preserve its past say Monday’s vote marks the first time a municipally protected site in Alberta has been de-designated.

The 27-metre tall brick smokestack in Eau Claire will now be de-designated, moved about 10 metres to the southwest at a to-be-determined future date, and re-designated in its new location.

It’s a plan that’s been in the works since 2015 amid Harvard Developments’ extensive plans for a mega-development in Eau Claire and one that heritage advocates have argued will set a dangerous precedent for other protected pieces of Calgary’s past.

Only area Coun. Druh Farrell and Ward 11 Coun. Brian Pincott voted against stripping the red-brick chimney structure, located at the intersection of Second Avenue and Barclay Parade S.W., of its heritage protection.

“I just can’t get beyond that principle. This is the highest designation in the land. It means something,” Farrell said. “At the stroke of a pen, we can undo that. That’s important.”

Farrell, who has already heard from other landowners interested in de-designation, said the Eau Claire development could still occur with the red brick smokestack in the location it’s called home for 70 years.

“An excellent development can occur on this site without undermining our heritage policy,” she said.

But other members of city council argued the move is only a few feet, the new location is better, and stripping the smokestack of its protection won’t set a precedent.

“For every rule there’s always an exception,” said Ward 10 Coun. Andre Chabot. “I don’t see this as precedent setting, but rather an exception to a rule that will ultimately result in a better outcome.”