With Christmas only a week away, this is an absolutely critical time for small businesses here in Calgary.

As you know, small businesses have faced real struggles over the past few years. Sky-high property tax hikes, a weak economy, and significant unemployment in our city were already creating a challenging set of circumstances for local Calgary businesses.

And then came the pandemic and the lockdowns.

Now, thousands of small businesses are teetering on the very edge of bankruptcy. Bars and restaurants are closed except for delivery and take-out services, retail shops are limited to just 15% of their full capacity, and health officials are urging us to stay home.

Normally, December is the busiest month for most businesses, but this is anything but a normal year.

Small business is the lifeblood of our city's economy and is the number one source of jobs in Calgary.

This holiday season, Save Calgary is encouraging all of our supporters to support small businesses in Calgary by shopping locally. 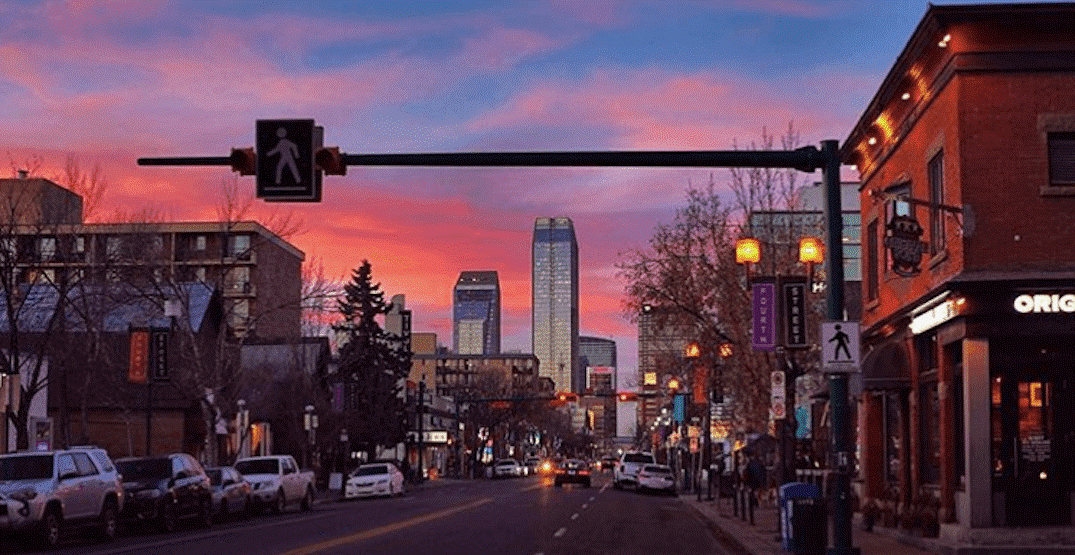 Tourism Calgary has put together a list of local businesses and ways to shop with them as a resource for those looking to supporting Calgary's local economy.

Meanwhile, with businesses doing everything they can to keep their doors open, City Council finished up its final meeting of the year by voting to keep the mandatory mask bylaw in place until December 2021, and raising non-compliance fines to $100.

This means that Calgarians will be wearing masks when they go to vote in next October's municipal election.

2021 is a critical year for Calgary, and an active one for supporters of better municipal government in Calgary.

We'll be ramping up our efforts to bring real change our city government and making the case why a sizeable number of incumbent City Councillors don't deserve to be re-elected.

If you want to help with our campaign to restore fiscal responsibility and real accountability down at City Hall, then please consider making a year-end donation to Save Calgary to help us start 2021 strong!

P.S. Do you have a tip to share with Save Calgary? Send us a message via our Facebook page here.

A lot has happened down at City Hall over the past few days - you can really tell we're less than a year away from the next municipal election.

Here's a quick rundown on the good, the bad, and the just plain ugly at City Council:

City Council has flip-flopped on cutting the Calgary Police budget following a huge outcry from Calgarians worried about their families and communities.

When Save Calgary first launched its petition to Defend the Police, some Councillors were angry we had shared their voting record with their constituents.

They called it "weaponized misinformation," a "distortion of the facts" and even "an assault on democracy."

But when faced with outrage from voters - not to mention our Defend the Police petition, signed by more than two thousand Calgarians - they backed down. 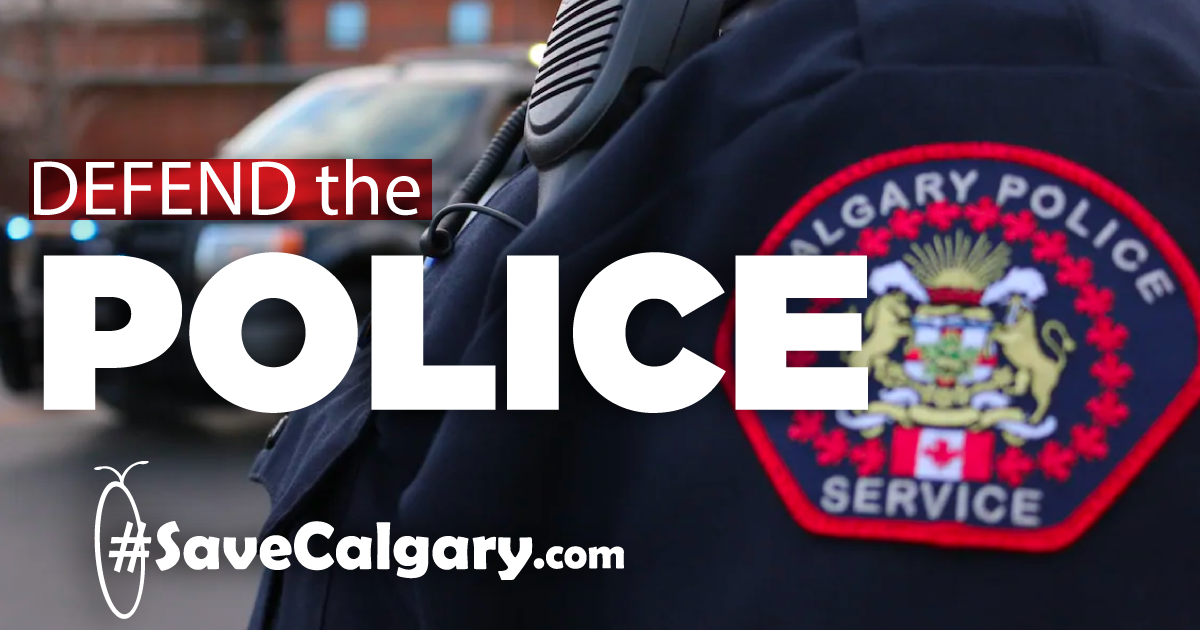 Save Calgary was pleased to be part of the effort to ensure our law enforcement has the resources they need to do their jobs effectively.

But we also know that this won't be the only time that some extremist Councillors try to defund the police - Save Calgary will be ready to fight back when they try again.

City Council had the opportunity to really help struggling Calgary families and businesses in a meaningful way for the next year - but, once again, they blew it.

They could have cut property taxes for homeowners - they didn't. While City Council did decide to keep residential taxes more or less the same, this is little comfort to those who have lost their jobs or seen their incomes drop substantially due to COVID-19.

They could have frozen property taxes for businesses barely staying afloat - they didn't. Instead, many businesses will see their property taxes increase by a whopping 10% while literally teetering on the brink of bankruptcy.

They could have made significant spending cuts - they didn't. After patting themselves on the back for making small cuts (or smaller spending increases since that's how they define a "cut" at the City of Calgary), they didn't implement any major spending reforms.

They could have announced that they would be seeking wage concessions and benefit cuts from City employees - they didn't. The major cost driver for City Hall is employee salaries, wages, pensions, and benefits, which have climbed 40% since 2010. However, once again, City politicians were afraid to take a tough stand and ask bureaucrats to get by on a little bit less.

In fact, despite the cratering economy and massive disruptions wreaking havoc on our daily lives, City Council mostly went on with business as usual and avoided making any of the tough decisions we expect our leaders to make in times of crisis.

It's no secret that a lot of our City Council dislikes Ward 11 Councillor Jeromy Farkas.

His commitment to fiscal responsibility and accountability continues to make many of them look incredibly bad by comparison.

In the past, they've gone out of their way to criticize and punish him for standing up for his principles and his constituents.

Now, following his decision to run for Mayor in the upcoming municipal election, they've decided to try and make it impossible for him to campaign across the city.

The is a monstrous action which, in our opinion, isn't just unfair or petty towards Councillor Farkas, but is a full-on assault against democracy and the right of anyone to freely seek elected office.

Any City Councillor who supports this motion is putting their own ego and self-interest ahead of the democratic rights of both voters and candidates.

We will be watching this motion and letting you know how your Councillor votes when it comes before Council in a couple weeks.

In the mean time, we wanted to express our thanks to Calgarians for supporting Save Calgary and the work we're doing.

We know these aren't easy times, especially with City Council picking your pockets at every opportunity.

If you're able to, we would ask you to make a donation to Save Calgary to keep up the fight for honest and accountable local government here in Calgary - with the next election less than a year away, this fight has never been more important for our city.

P.S. Please consider forwarding these e-mails to your family, friends, neighbours, and co-workers and help spread the news about what's really happening down at City Hall. They can sign-up to receive our weekly e-mails by clicking here!

Despite hiking your property taxes year after year after year, the City has now decided that it needs even more money from poor Calgarians who are still struggling to make ends meet.

This week, City Council received the report from its Financial Task Force (not to be confused with the City's Economic Resilience Task Force - because we obviously needed two different task forces). 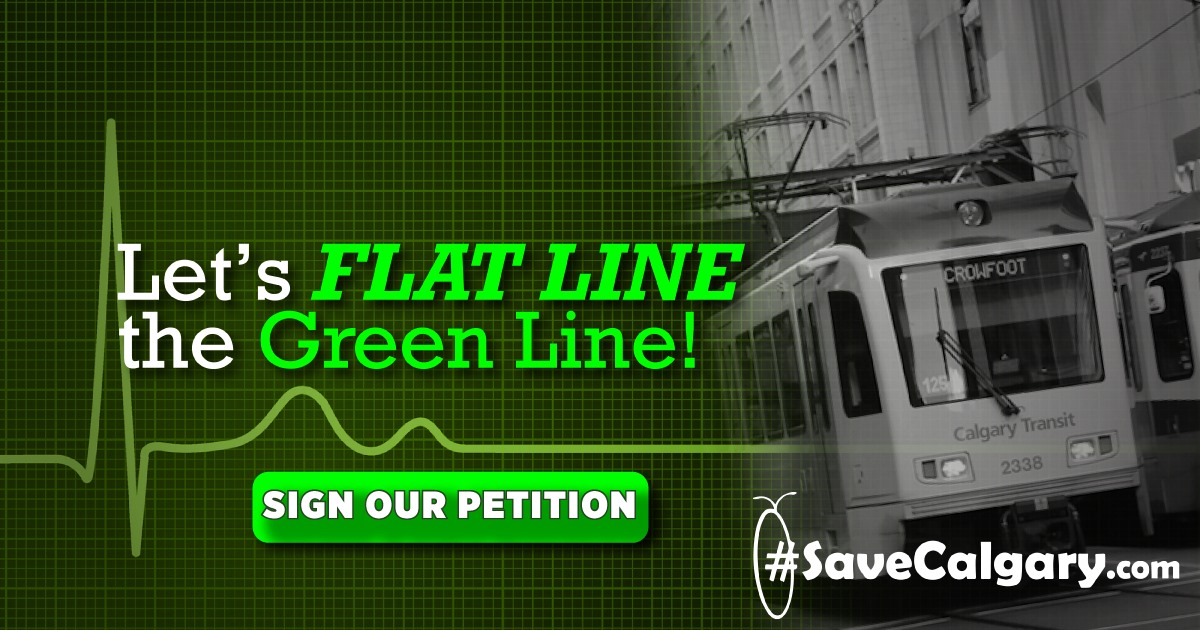 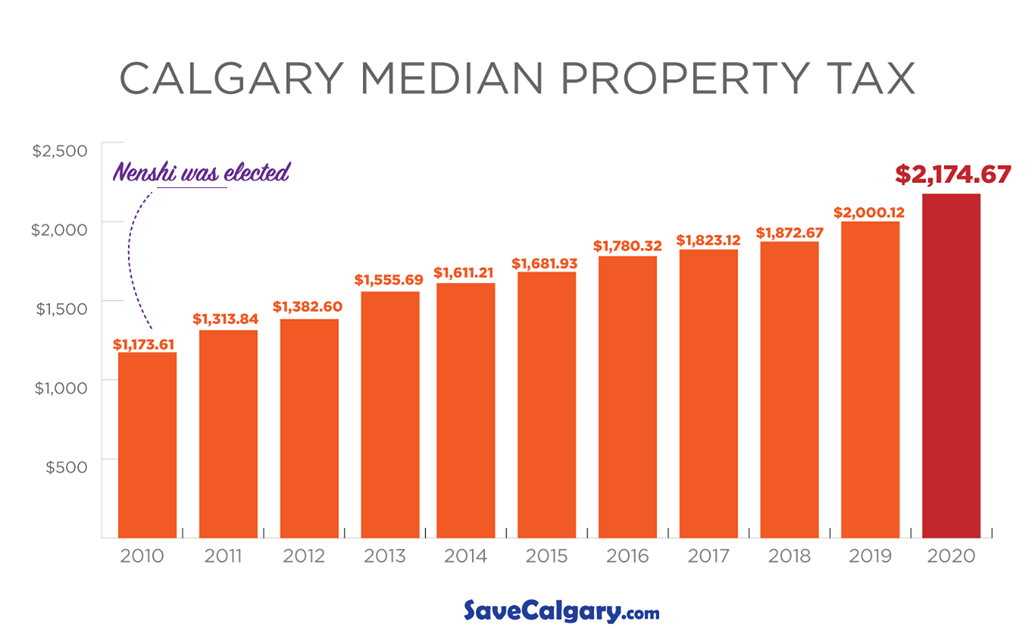 They Hiked Your Taxes 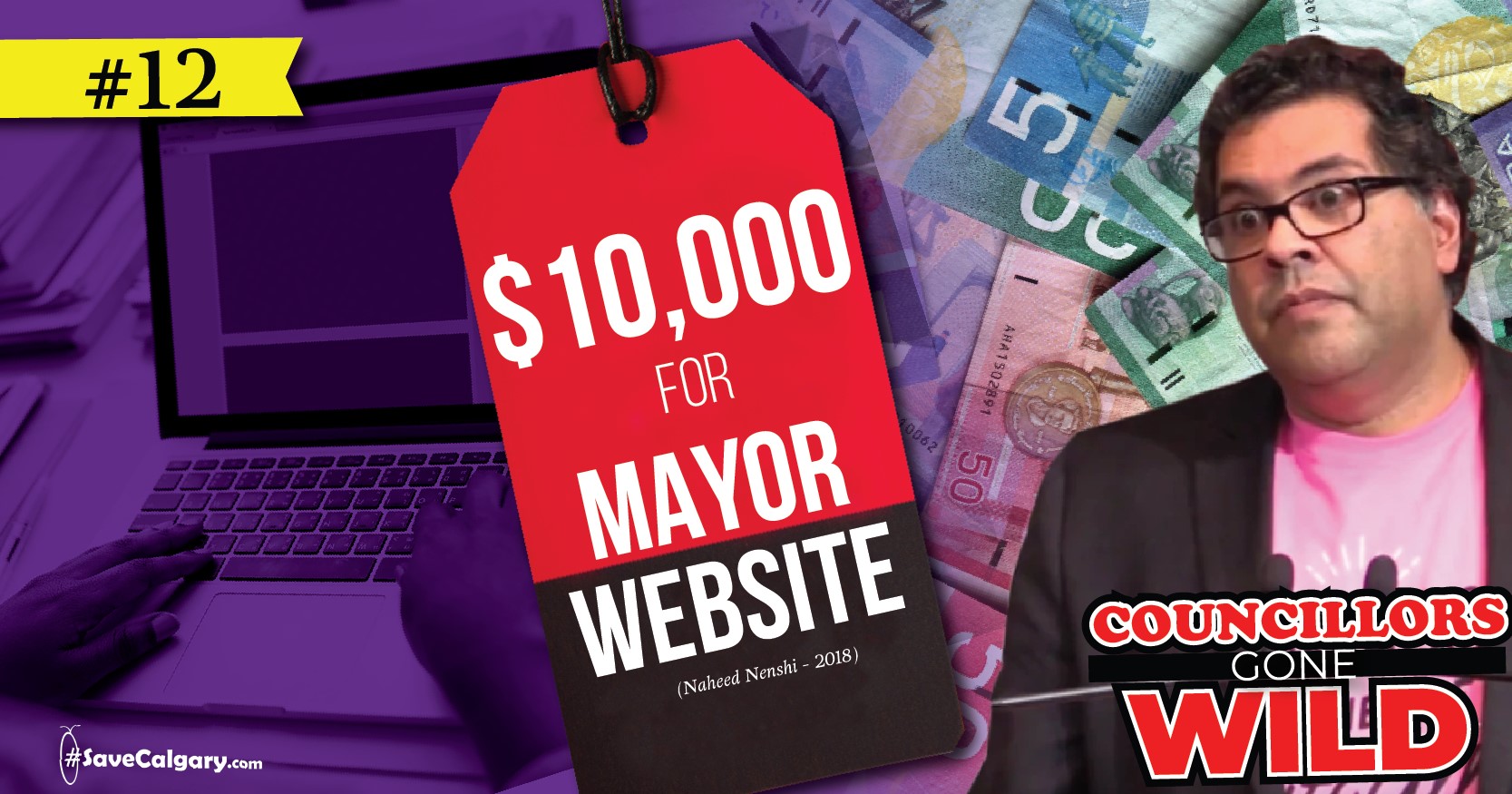 Is City Council trying to rig the next election?

Exclusive: did taxpayers pay for a left-wing activism school?

Calgary's War on Cars continues at full speed down at City Hall.

As you know, many City politicians and bureaucrats hate cars. They want to make driving a car in Calgary so costly, so slow, and so frustrating that motorists just throw up their hands and quit driving.

We've talked before about the many, many ways the City of Calgary has made driving a car a miserable experience here in our city.

From high parking rates and constant business-killing construction to their quest to lower speed limits to just above walking speed, Calgary's War on Cars has already made our daily commutes a depressing and lengthy journey.

And now, they're making them more expensive too.

The Calgary Police Service has announced their intention to introduce new photo radar locations throughout the city - those locations include 16th Avenue, Crowchild Trail, Deerfoot Trail, and Stoney Trail.

In short, major arteries used by tens of thousands of vehicles daily to get to and from work.

Is there a traffic safety crisis in Calgary demanding such a major response from Calgary Police? Are citizens being killed alarmingly in traffic accidents plaguing our city?

The short answer is no.

Calgary driving collisions have been decreasing in recent years.

Fewer people are being killed or injured in collisions

So why is the number of photo radar locations going up then?

The reason would seem to be money.

Photo radar generates a lot of cash - $220 million a year from Albertans. Despite doubts regarding accuracy and effectiveness at reducing speeding, there's one thing photo radar does with complete reliability - generate cash for governments.

This becomes clearer when you look at the location of some photo radar locations. Several are placed on divided roads, with multiple lanes each way, right before speed limit increases. The only goal of these photo radar devices is to pull cask directly out of the pockets of motorists.

In fact, the problem has become so pervasive that the Alberta government announced a moratorium on new photo radar locations, and announced a two-year study on whether or not photo radar actually contributes meaningfully to public safety.

These new photo radar locations would appear to fly in the face of the ban, and it's not clear how the provincial government will respond to the City's apparent move to further ding motorists for the crime of driving in Calgary.

Save Calgary believes in protecting drivers and pedestrians on the road. But we don't believe in needlessly taking money from motorists with little to no public safety benefit.

We also believe that the City has abused photo radar and set some locations as pure money traps to milk drivers who aren't driving in an unsafe manner.

We believe that City Council should stop the implementation of new photo radar locations until such time as the Alberta government has completed its study on the issue.

And again we call for City Hall to end its misbegotten War on Cars - which remain, by far, the most common method for daily commuting within our city.

Are you concerned about getting dinged by more photo radar traps spread across our city? If so, then we hope you'll make a donation to Save Calgary today to help us keep watch on this issue.

You can donate now securely online - your donation goes directly to supporting the work of Save Calgary and holding City Hall accountable for their actions.

PS. We have an exciting new development coming for you next week! Stay tuned for more info!

So the Games Begin Again...

Save Calgary presents "Songs of the City!"

If It Ain't Broke, Let's Break It! 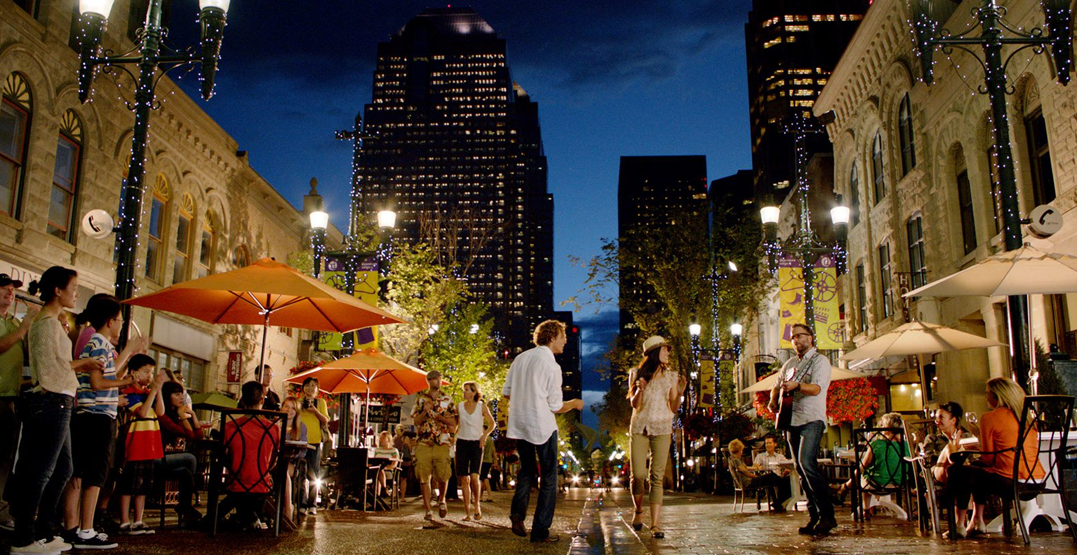 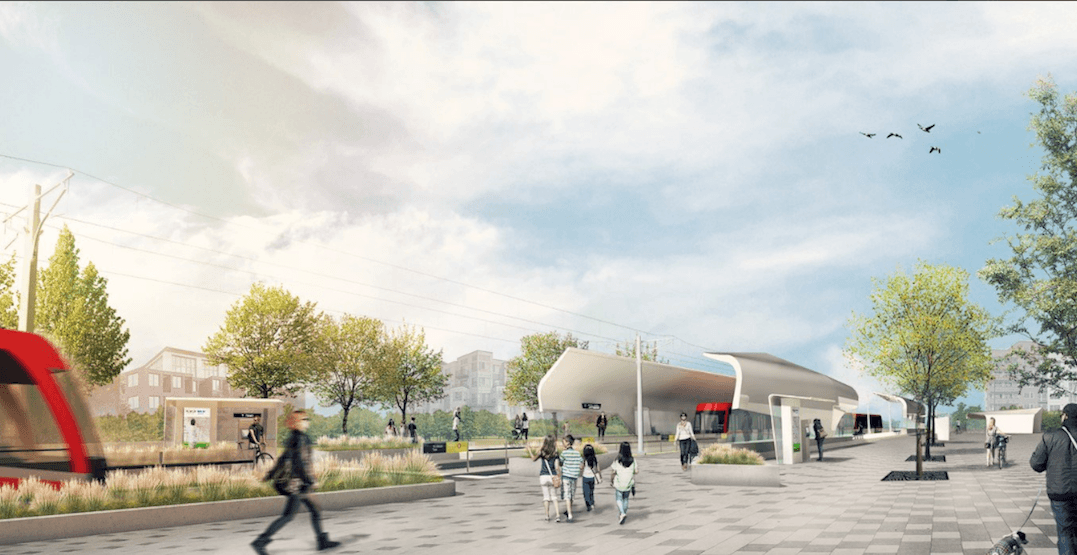