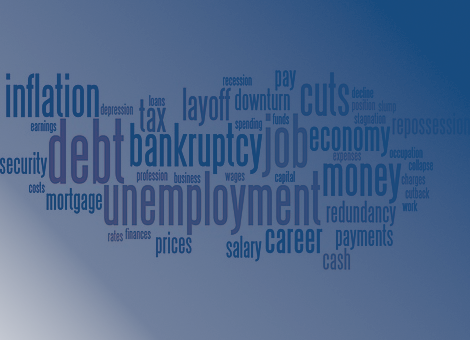 More than one hundred thousand Calgarians remain out of work, and those with jobs have seen salary cuts, reduced hours, and reductions in benefits.

This is what families and businesses do when they're struggling to keep going, they find ways of cutting their costs and learning to make do with less.

So why isn't the City of Calgary doing the same thing?

As you may have heard, the proposed four-year budget plan from the City is proposing year-over-year tax hikes, adding up to 12.5% over four years, with some small businesses facing hikes of up to 25%.

(As an aside, can you imagine what those increases would have been if we were paying for a multi-billion dollar Olympics as well?)

These hikes are too much for those families and businesses struggling to pay their bills and make ends meet.

The City has said that they've already done terrific work finding cost savings and that cutting more from the budget would create serious reductions in services for Calgarians.

But there's one area where the City hasn't cut at all - and that's for those working down at City Hall.

We're now spending about $600 million more a year in 2017 on salaries, wages, and benefits for City employees than we did in 2010.

These increases are unsustainable and will only get worse over time as more employees retire and begin collecting their City of Calgary pensions.

It's time for an honest conversation about City of Calgary salaries, wages, and benefits, and looking at ways to bring these costs down.

Firstly, after years of increases that have vastly exceeded economic growth in Calgary, City Council must look at wage reductions for City of Calgary employees - the same wage reductions that private sector workers have faced during these tough economic times.

Secondly, City Council should transition the City of Calgary pension plan for new hires to defined contribution pension plans away from the defined benefit plans that the vast majority of City employees have, or even look at the possibility of RRSP matching as a large number of private sector employers do for their employees instead of pensions. Moreover, some City of Calgary employees access up to three defined benefit plans that have taxpayers more than matching employee contributions. These supplementary plans should be eliminated.

Finally, the City should eliminate the $10,000 retirement bonuses paid to retiring workers.

Save Calgary recognizes that many of these measures will be unpopular with City employees - understandably so. But Calgary is facing unprecedented economic hardship, and the current plan to increase taxes dramatically on families and small businesses will not fix the fundamental problem facing the City - we are spending too much money every year, most of it on salaries, wages, benefits, and pensions.

When Alberta faced tough economic times in the 1990s, the province made the difficult choice to reduce the cost of government to Albertans - it helped unleash two decades of strong economic growth and prosperity.

Now, the same difficult choices must be made by City Council who have allowed spending to grow irresponsibly, especially on the cost of salaries, wages, and benefits for City employees.

We cannot tax Calgary back into prosperity, and as a city, we cannot continue to live beyond our means. Simply hiking taxes - again - merely passes the problem on to Calgary businesses and families.

That is not acceptable.

Since 2010, the City of Calgary has also added nearly 2,000 more employees to their payroll, an increase of approximately 13%.

Given the difficult financial situation facing Calgary, City Council must also direct the Administration to aggressively reduce the size of the City's workforce.

It is important to note that none of the above options were included by City bigwigs in their budget presentation to Council. They simply presented options to increase taxes substantially on businesses and families.

Status quo thinking on this is no longer affordable.

Save Calgary will continue to advocate for ways to cut costs and protect taxpayers from crushing tax hikes, and bring back fiscal responsibility to Calgary's City Hall.