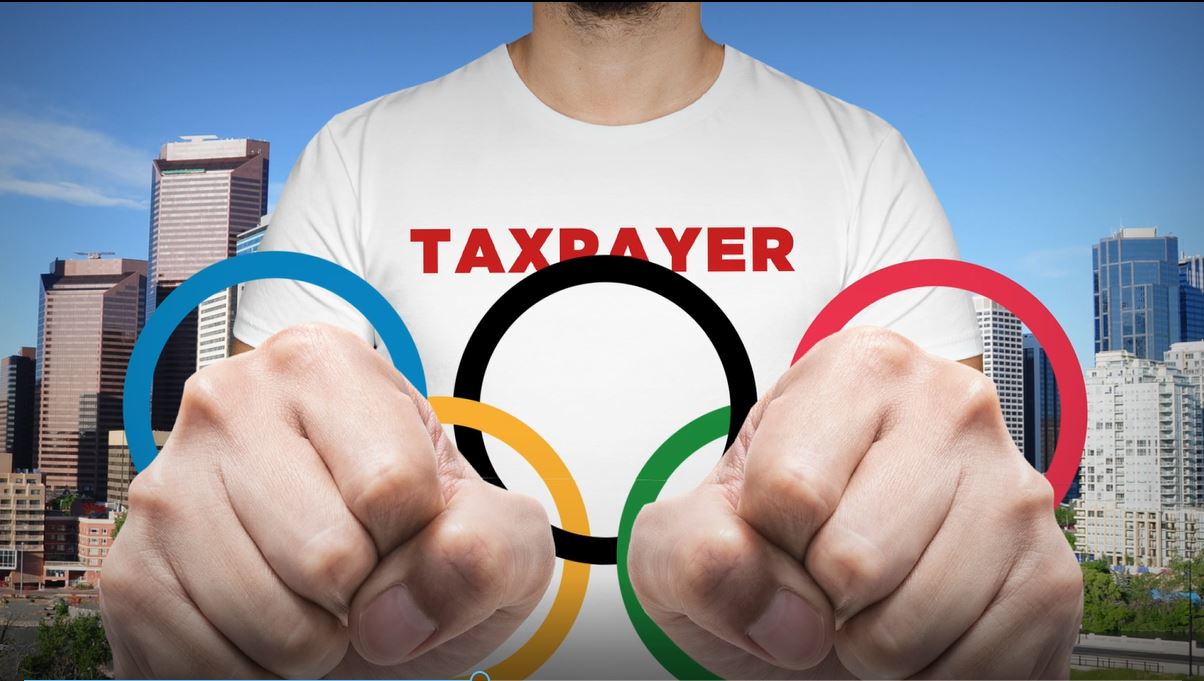 Advance voting is now underway for the Olympics plebiscite - you can vote at ANY advance voting station today until 7 pm. To find a convenient advance station, please click here.

In case we haven't stressed how important it is that those who oppose Calgary's Olympics bid actually get out and vote today and on November 13th, allows us to reiterate:

Your vote is critical. Even if a majority of Calgarians oppose the bid, it won't matter if the YES side wins the plebiscite because NO voters didn't take the time to get out and vote.

Ward 11 Councillor Jeromy Farkas is holding a final Town Hall Meeting at 1:00 pm on Saturday, November 10th at the Delta Calgary South Hotel (135 Southland Drive SE, Calgary). Save Calgary will be in attendance to help convince Calgarians that this is the wrong choice for our city.

For more information on the town hall, you can visit Councillor Farkas' Facebook page.

Also, on Monday, November 12th, there will be the second debate between Save Calgary and Yes Calgary 2026 on the Olympics on the Danielle Smith show from 10:30 am - 11:30 am. You can listen live on AM 770 on your radio, or you can listen online here.

A few important details have emerged over the last few days that are critical for you, your families, and your friends to know when it comes to Calgary's bid for the 2026 Winter Olympics - we need to make sure these messages are getting out to folks in the last week of this plebiscite:

The federal government is "not responsible for cost overruns." ~ Kirsty Duncan, Minister of Sport, November 2, 2018.

Despite what Mayor Nenshi and Calgary 2026 would have you believe, that seems pretty clear that Ottawa won't be paying those extra bills.

2. As a City, we're totally broke. With downtown office tower vacancies at more than 30%, revenue from business taxes has plummeted. This means that tax shortfalls will have to come from businesses outside of the core and from homeowners. City Hall is looking at tax hikes that could be nearly 30% in order to make up the shortfall.

Rick Bell lays out how bad the situation is in his latest article here.

3. We're going to spend (at least!) $5.3 billion and we're not getting a whole lot for our money. We aren't getting a new NHL arena and entertainment centre, we aren't getting a C-Train line to the airport - we aren't even getting that bus barn moved away from near the Stampede grounds (something the City has been pushing for over the past decade).

More importantly, it means we won't be able to spend any money on non-Olympics projects for years because all City resources will be allocated to paying for the Games.

That means no further Green Line expansions, investments in flood mitigation, or other municipal priorities.

4. These Olympics won't kickstart Calgary's economy. They won't get new pipelines built, bring new head offices to Calgary, fill our empty downtown office towers, or raise the price of Canadian oil. In fact, they may make our economic problems even worse if they result in higher taxes for businesses and families.

In short, these Olympics are a bad deal for Calgary and they're just not worth the risk!

As part of our campaign to convince people to get out and vote NO on November 13th, Save Calgary From The Olympics has launched a television ad which will be airing from now until Election Day.

While we obviously don't have the same resources as Yes Calgary 2026, supported by special interests and political insiders, or Calgary 2026, who is using our tax dollars to run their advertising campaign, we intend to keep pushing hard until the polls close on November 13th.

If you would like to help keep this ad on the air, then please consider donating to our advertising fund here.

Thank you for your strong support - we know that together we can stop Calgary's Olympics madness on November 13th!