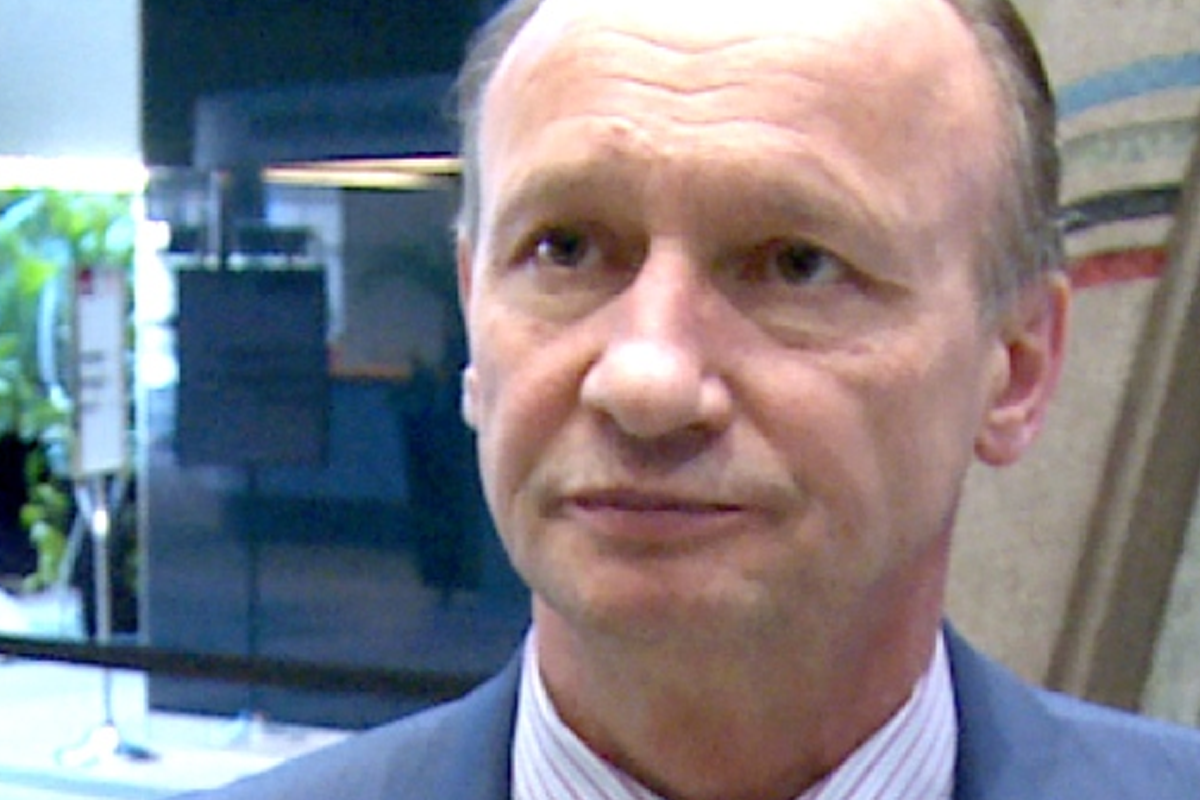 A city councillor wants Calgarians to have a say on whether city council can keep raising its portion of property taxes when the province lowers the amount of education tax it collects each year.

Andre Chabot has a motion on the agenda for next week's council meeting calling for administration to come up with wording for a plebiscite for this fall's municipal election.

Chabot, who is challenging Naheed Nenshi for the mayor's chair in the election, said council has repeatedly raised property taxes by the same amount that the province has lowered its education tax.

When the province requests less tax from the city, it's referred to as "tax room," meaning the city can choose to move into that space by raising its tax. If not, homeowners would pay less.

Calgarians weren't consulted about those moves and Chabot thinks it's time that they were asked to approve the practice or stop it.
'Smoke and mirror games'
"We talk about being open and transparent as a level of government and yet we play these smoke and mirror games," Chabot said.

When there are council debates about moving into vacated tax room, Chabot said many taxpayers likely think it's about how the city can use money the province no longer needs.

In actual fact, he said it's the province taking less money and council voting to raise the municipal portion of property tax bills by the same amount.

For example, city council voted in recent years to take the tax room and use it to pay for the new Green Line of the LRT over a period of 30 years.

Prior to that, it voted to use the tax room to build four new recreation centres.
Tax hikes of $100+ million
Chabot said once enough money is raised for those projects, it's not likely taxes will go down.

"At the end of that 25 years, is that money going to go back to the taxpayers or are we going to just find a new home for it?" he said.

"I guarantee you there'll be a new home for that money."

By his account, city council has raised property taxes by over $100 million a year above its needs by moving into tax room vacated by the province in recent years.

Chabot's idea isn't sitting well with some of his colleagues.
Not everyone likes plebiscites
Coun. Brian Pincott called plebiscites a terrible way of making public policy.

"We're not a direct democracy. We're a representative democracy," he said.

By that, Pincott said he meant voters elect their council members, who then consider all the information they can and make the best decisions for the entire city.

If taxpayers are unhappy with how council is doing its job, Pincott said they can express themselves directly at the ballot box — by voting against the candidates they disagree with.

City council will debate Chabot's motion at its meeting next week.