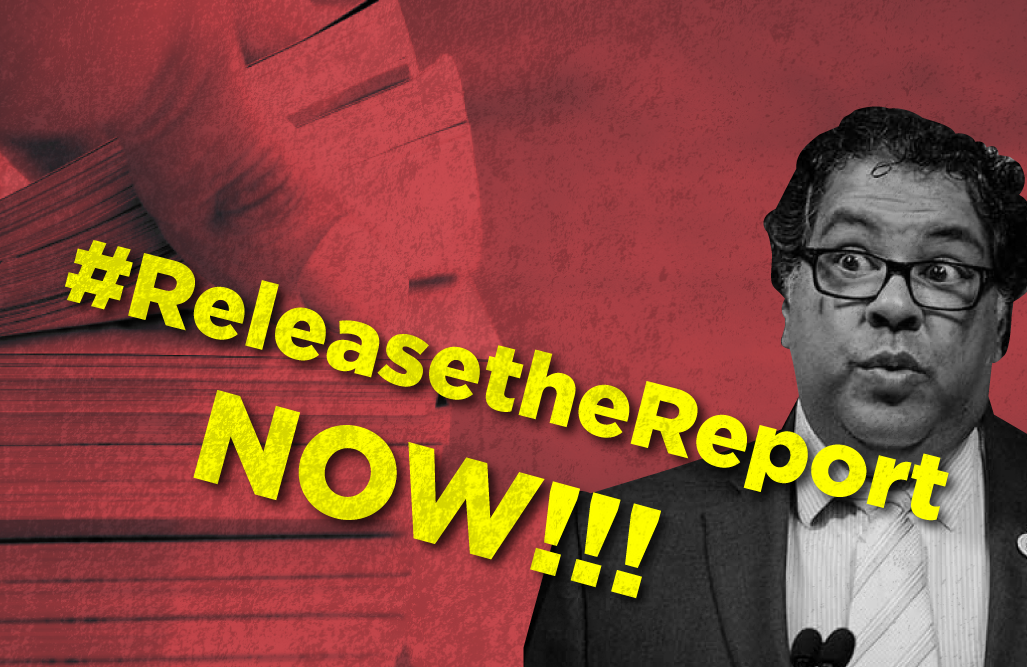 Some City Councillors have been behaving badly.
So badly, in fact, that they decided that something had to be done about it - so the City did what it always does when it encounters a problem, a complaint, or a lawsuit.
They wrote a report.
The report on City Councillor Misconduct was completed a long time ago - before the last election in fact - but it was kept under lock and key, far from the curious public.
Clearly, this was a Council that didn't want its dirty laundry aired in public, and they really didn't want voters to know about it when they had the chance to kick them out of office.
For the last year, Save Calgary has been fighting to have this report made public.
We filed a Freedom of Information request with the City to release the report.
And that's when the waiting began.
Our initial FOIP request was put forward on March 28, 2018, and under the law governing Freedom of Information, the City had 30 days to respond.
That first 30 days came and went, and the City asked for an extension. And then another one. And then even another one.
Save Calgary spent thousands of dollars to get this report released - a report which we knew existed, and which required little to no effort on the part of the City to produce.
We guess that's just the current cost of accountability in Calgary these days.
It was clear that the City didn't want to release the report, and didn't care that it was violating Alberta's Freedom of Information laws in the process.
Save Calgary believes that everyday Calgarians have the right to know about their local government, and the behavior (or misbehavior) of their elected City Councillors, so we filed a complaint with Alberta's Privacy Commissions regarding the unacceptable (and unlawful) delay to our FOIP request.
After dragging its heels kicking and screaming, the City finally informed us that they would be releasing the report on June 28, 2018 - but this was only the beginning of the story.
In the last few days, rumors have begun circulating that copies of the report have been leaked and are in the possession of a handful of media outlets, who have started approaching City Councillors about their content.
This suggests that the report is ready for distribution and that the City is sitting on it until the middle of the summer, while also making it available to some reporters (officially or unofficially).
Here's our theory:
The City knows that this report is damaging. They didn't put it out before the last election because they knew it might impact who voters elected to City Council (every single incumbent City Councillor who ran for re-election was re-elected).
The City knows that voters will be outraged when they learn what some City Councillors have been up to, and the lack of professionalism some of them have displayed while in office.
And the City knows that outraged voters will demand change from City Hall and insist on more transparency and accountability.
So, to soften the blow of this report and to minimize the fall-out of this story, the report is being selectively leaked to some reporters so that h the information comes out in small dribbles and with less fanfare than if the report were to be released fully and openly.
Now, it's important to note that this is just our theory - we have no evidence that the City is engaging in this behaviour (although some journalists DO have copies of an unreleased report) - but if City Hall wanted to end any and all speculation about this issue, their behaviour, and the perception that they are engaging in a game of political damage control, they could do so with one simple act.
They could release the report. In full. Today.
Until they do, Save Calgary will continue to do what we've done for the past year - keep up the pressure on a City Hall that prefers silence to disclosure.
If you believe - like we do - that our City Councillors need to transparent and accountable for their behavior, then reach out to them and demand that the City release the report into Councillor misconduct immediately.
It's time for fresh air at City Hall, and the first step is to #ReleaseTheReport
Sincerely,

Save Calgary
PS. If you haven't already done so, sign our #ReleaseTheReport petition to demand that City Hall release the report into Councillor misconduct! Sign it here and share with your friends!